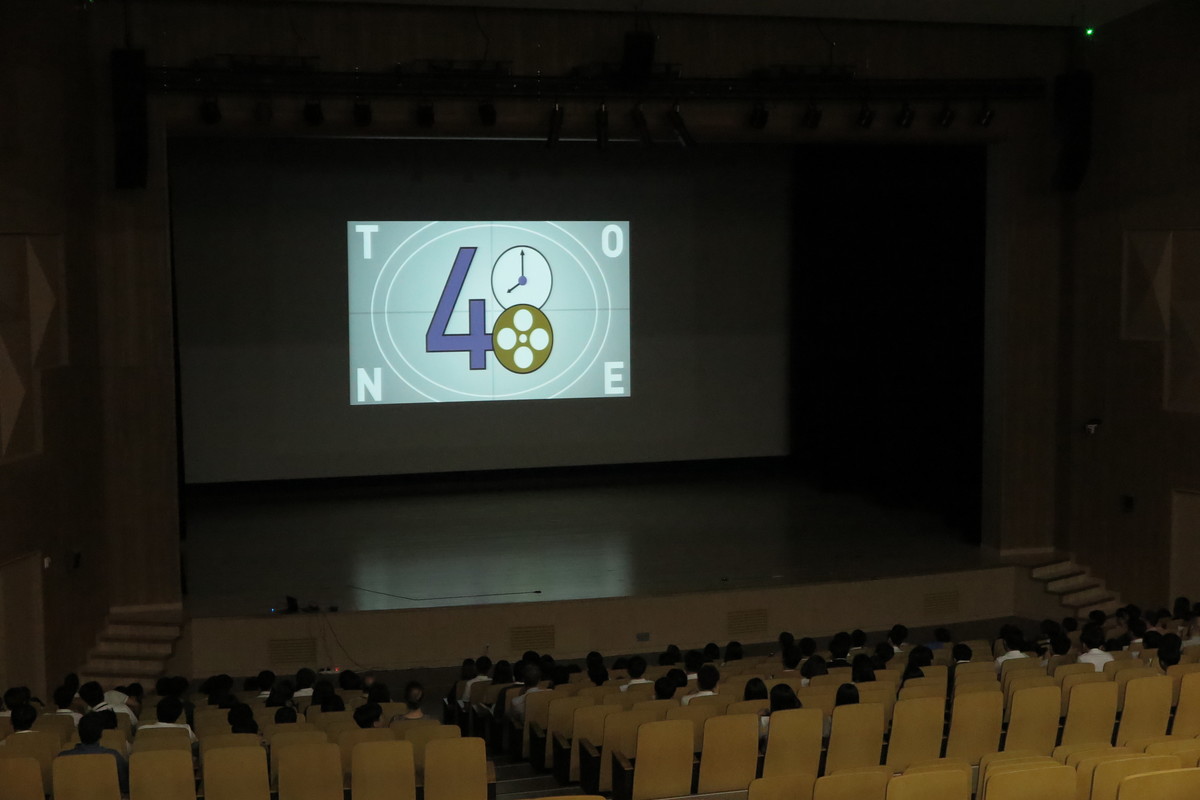 Short films made by students typically take three to five weeks to complete. This year in Mr. Gonzalez’ Filmmaking Foundations class, students got used to this process: They would write and plan for a week, shoot for two, and wrap-up with the rigorous editing process. But what if they were only given 48 hours to make a film, and had to make a film using a given genre such as horror, action, or comedy? And what if they were given a prop and a line of dialogue that they had to magically feature in the film? And what if they were doing this while competing against three other teams and against time itself? Well, this is how forty students decided to spend their weekend in mid-May, and they do not regret it one bit.

The 48 Hour Filmmaking Competition, modelled after the largest international filmmaking contest of the same name, started Saturday May 18 at four in the afternoon. Four teams comprised of eight to ten students were given a genre, a Rubik's cube as the prop and a line of dialogue, which was “Did I do that?” The library at SJA Jeju was vibrating with creative energy as the four teams brainstormed their plots and wrote their scripts. Two teams got action, one team got comedy, and one horror.

“The weekend was both crazy and magical,” said Mr. Gonzalez about the two days that followed. Students that never talked to each other became friends and art was made in a very collaborative way. The most insane time however, were the last two hours in the editing room, where students were on high-stress to edit their films and turn them in on time. And they did.

Two weeks later, the films were screened to the entire high and middle schools and the winner was announced. Although it was a close call, the prize went to the very creepy horror film titled “Yes,” made by an all-girls team of eighth, ninth, and tenth graders. Many students have already started asking Mr. Gonzalez, “When’s the next 48?”