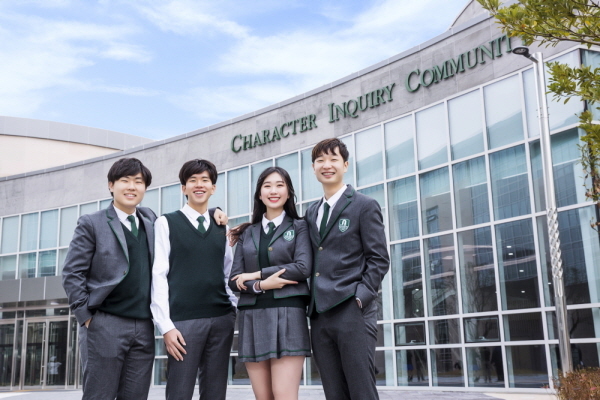 An Amazing Journey of First Student Council Has Just Begun

St. Johnsbury Academy Jeju's first student council has been successfully established in Dec 2017. All STUCO candidates had a chance to deliver their speeches to students during our student Assembly. After the impressive speeches, students were able to vote online for their candidates.

Our first STUCO president Jae Jung Kim, promoted community building and how each student is a part of creating SJA community. As part of the STUCO elections, two Vice Presidents were elected. Vice President, Eul Ji Ha, reminded us of the importance of a student council and the active participation of our students in the council. Vice President, Ju Bok Kim, spoke about how important STUCO is in creating school traditions and a school culture that reflects our students. Jung Ho Kim was elected as our Secretary. He spoke about the importance of including all student voices in the process.

The STUCO leaders take responsibility for voicing their constituents' opinion and ideas, as well as informing fellow students about current endeavors within the Student Council.

Juan Sheblak, advisor of the student council said, "Developing a spirit of partnership and co-operation between a Student Council and teachers has benefits for both. The Student Council can play an important role in recognizing and supporting the work of teachers. Similarly, the interest and support of teachers will be of great value to the Student Council, particularly during the early stages of its development. Furthermore, those students who are elected as class representatives develop leadership skill associated with the elected officials in our community. I would like to congratulate our Student Council Leadership team - and let the work begin!"