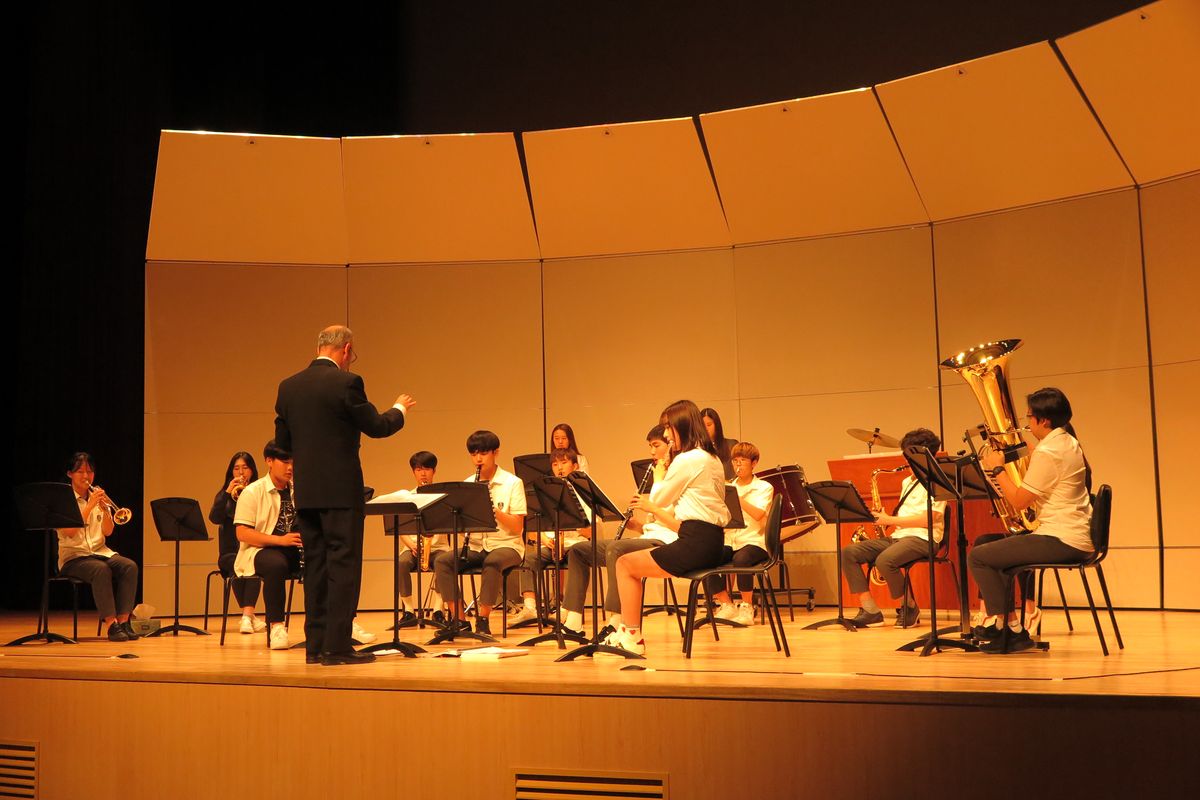 The SJA Jeju Secondary School had their 1st concert of this 2017/2018 inaugural year on Friday, the 8th of June, 2018 in the Performing Arts Center.

The concert opened up with the HS Band, which is comprised of 14 musicians in a band instrumentation featuring Woodwinds, Brass and Percussion. They performed a variety of music in different genres and from different cultures. The performance also featured a woodwind trio that performed a Mozart Minuet/Trio and a Harry Potter Medley. The HS Band performance was very successful as they executed their music with confidence and poise and were well received by the school audience with a sonorous and rich full balanced sound.

The HS Band was followed by the HS Choir. HS Choir is composed of 9 singers which are made up of 3 Basses, 2 Tenors, 2 Altos and 2 Sopranos. HS Choir students performed a variety of music from different genres and languages/cultures, which includes a traditional Zambian folk song, a 400 year old Madrigal and even a piece in a Pop/Hip Hop style & K-Pop. In the middle of their program they featured 4 soloists who sang a variety of pop music in both Korean and English.

The evening was a resounding success for the SJA Jeju HS Band and Choir. Both ensembles have evolved and improved immensely over this 1st year. They demonstrated to the audience their spirit of creativity and collaboration. They also inspired the younger students in the audience to pursue the arts and were exemplary models for them. “On this evening SJA Jeju demonstrated musically the creative energy that is the essence of our existence. We are all very proud of these students and look forward to more wonderful music,” said Stephen Arrastia, SJA Jeju’s Secondary Music teacher.