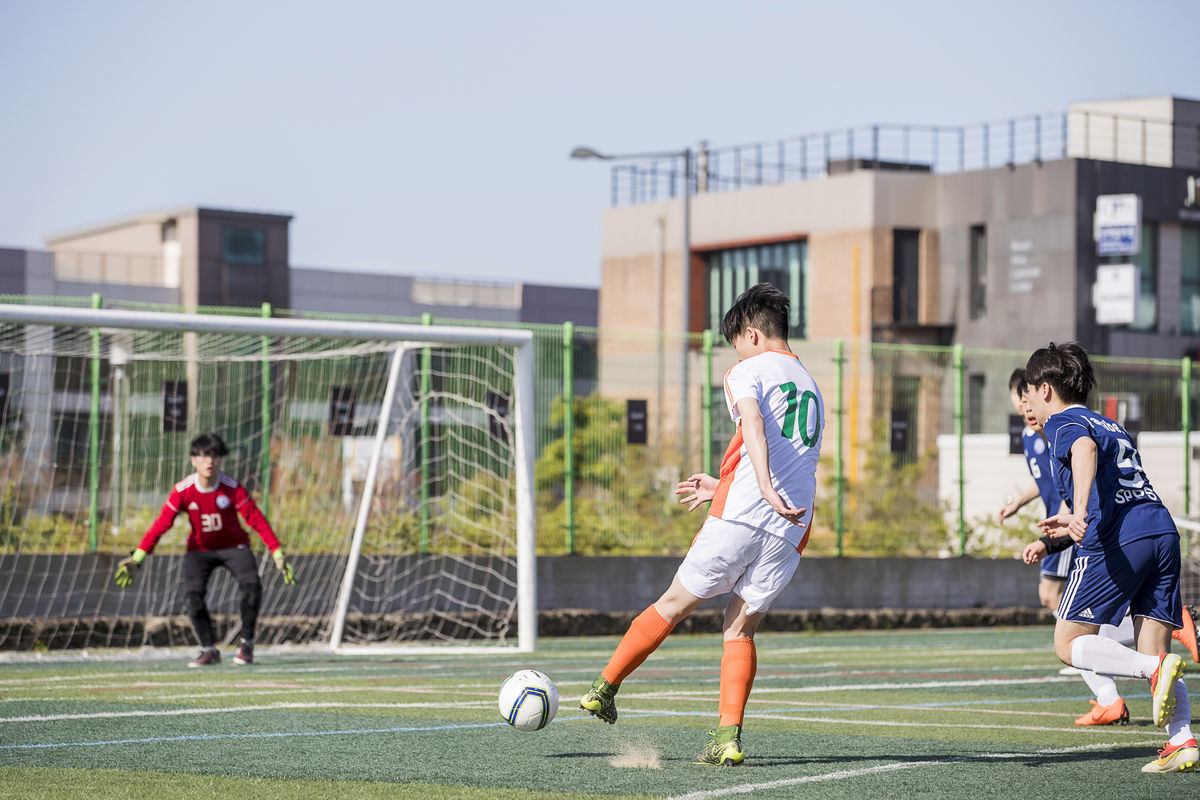 On April 20th and 21st, NLCS Jeju hosted the 2018 Korean International School Athletics Conference South (KISAC South) High school Soccer tournament. The tournament featured a total of seven international schools from all over South Korea. The schools had teams competing in both A and B division levels, with boys’ team participants.

The SJA Jeju Boys’ B team was organized and coached by Mr. Adam Kennedy with assistant coaching by András Molnár, Teemu Ivonen, and Steve Nam. When asked about the schools’ momentous participation in this KISAC tournament, Mr. Kennedy stated, “It’s very exciting to be a part of this tournament and to introduce our soccer program to the league.”

Playing hard, SJA Jeju managed to make it into the Championship Game winning 2 -1 in Extra Time. This was an important moment as it was SJA Jeju’s first-ever championship. Two of our players, Jae Jung Kim and Sang Woo Kwon, were elected All-Stars.

Mr. Kennedy commented on the championship: “This tournament was a great representation of so many things; hard work, sportsmanship, determination, support, pride.  This group of young men overcame adversities in the previous weeks leading up to the tournament that would have been the end for most teams, however, they made adjustments, refocused and became even stronger with less. I am so happy for this team, I can't take any of the credit for this accomplishment because they were the ones who made it happen.  It was their moment, and they not only represented the SJA Jeju community with class, but they captured that moment perfectly, and will always be the first SJA Jeju team to win a championship. That is something that never goes away."